Below is information on each of the sports offered by La Marque High School.

Click on the link below to view/download the LMHS Boy's Basketball Schedule:

To view/download the 2021-22 Lady Cougar's basketball schedule, click on the link below:

The freshman and JV teams play at the LMHS Auxiliary Field off of Duroux Street behind LMHS,
397 Duroux, La Marque, TX 77568.

Click on the link below to view/download the 2021 La Marque Cougar's varsity & JV football
schedules.

La Marque Cougar football team of 1995 was honored by Dave Campbell's Football Magazine as one of the top ten team in the 100 year history of high school football in Texas.

On December 19th, several past and present coaches met in the LMHS Gym to be interview by Dave Campbell's magazine about the 1995 team and Superintendent, Dr. Melissa Duarte, LMHS Principal, Ricky Nicholson and current La Marque Head Coach, Shone Evans were also interviewed on how the championship legacy still lives at LMHS.  Former (and some current) coaches that were
on the 1995 staff that were in attendance were: 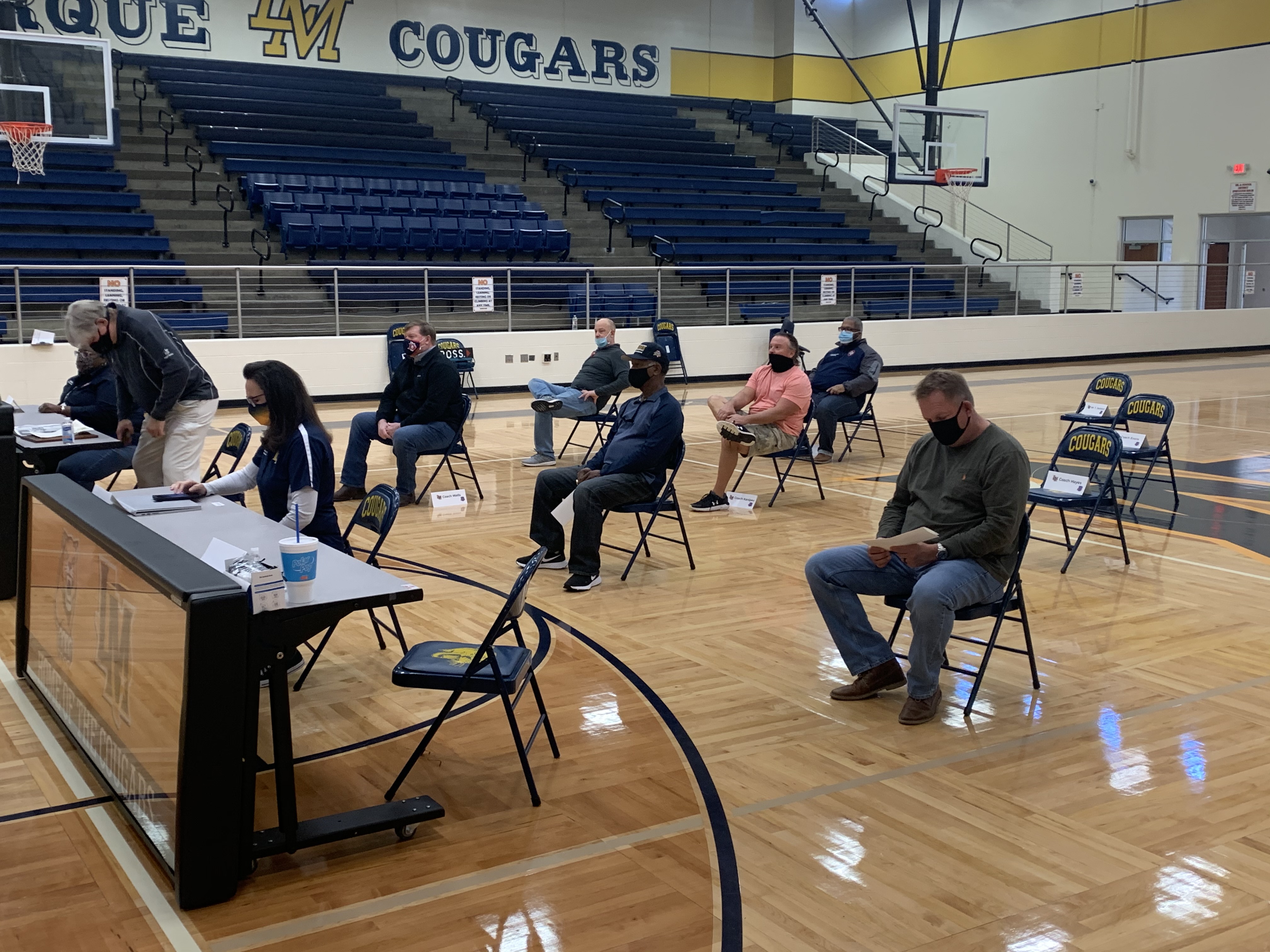