IBI Group is the contracted architecture firm for each of the four new schools. TCISD administrators, staff and personnel attended numerous design meetings and provided IBI with all the necessary input and direction as part of the Design Committee during both the Schematic Design Phase and the Design Development Phase. Their involvement and guidance has been critical to the success of the project.

The Texas City ISD Board of Trustees voted unanimously Thursday night to rename the new La Marque Middle School currently under construction as Sarah J. Giles Middle School in honor of retired La Marque educator Sarah Giles. There were more than 1,000 submissions recommending 34 names for the renaming of the school.

Giles dedicated her career to La Marque schools as a teacher and administrator for more than 40 years. In addition, she stayed committed to her students by tutoring math in her home for over 35 years. Giles was known to love her students and to always make a difference in every life she touched. She was truly LM Cougar proud!

The TCISD Board Facilities Committee has made a recommendation to consider different names for La Marque Middle School. Therefore, the Board is requesting proposals from community members regarding a name change. If you would like to suggest a name for the school, please complete the online form no later than September 1, 2021, to be considered. Email Melissa or call 409-916-0114 if you have questions.

A little more than 26 acres of land on the corner of Monticello Drive and North Vauthier has been purchased by the Texas City Independent School District for the site of the new La Marque Middle School. Construction is estimated to begin in February 2021 with occupancy for August 2022.

The Texas City ISD Board of Trustees approved spending $2.2 million on three tracts of land totaling 26.02 acres. The closing on this property will allow the district to move forward with its plan to build a new middle school for 6th, 7th and 8th grade students.

“By us acquiring this land, we can move forward with construction sooner since we will be able to build on land that is not already occupied,” says Texas City ISD Superintendent Dr. Melissa Duarte. “La Marque Middle School has been displaced since Hurricane Harvey.  Our middle school students have been sharing the La Marque High School building for the past 4 school years. We are excited that they will get a brand new building to call their own.”

Trustees have also approved the design phase of the new La Marque Middle School. In addition to the new 2-story school, which is being built for 830 students, the site will have space for a competition field and track, a practice field and ample parking.

“Our new middle school is going to have an auditorium” says Duarte. “Our architects tell us that this is rare for new construction for middle schools in Texas. We are also happy with the unique feature of learning stairs. It’s a new architectural trend that provides an informal and a formal area for gathering, teaching, socializing and performing.”

The three new elementary schools are estimated for completion now in February 2020.

Wood blocking for cabinet area in a classroom

Paint is going up on the walls in the gymatorium

Texas City ISD Board of Trustees

Paint and Ceiling Grids in Classroom

Walkway to Back of Gym

Simms Elementary as of April 2021

Construction updates are given at each school board meeting. After the meeting, photos will be updated on the website. It will always appear to be a month behind because of the way the construction report is given. 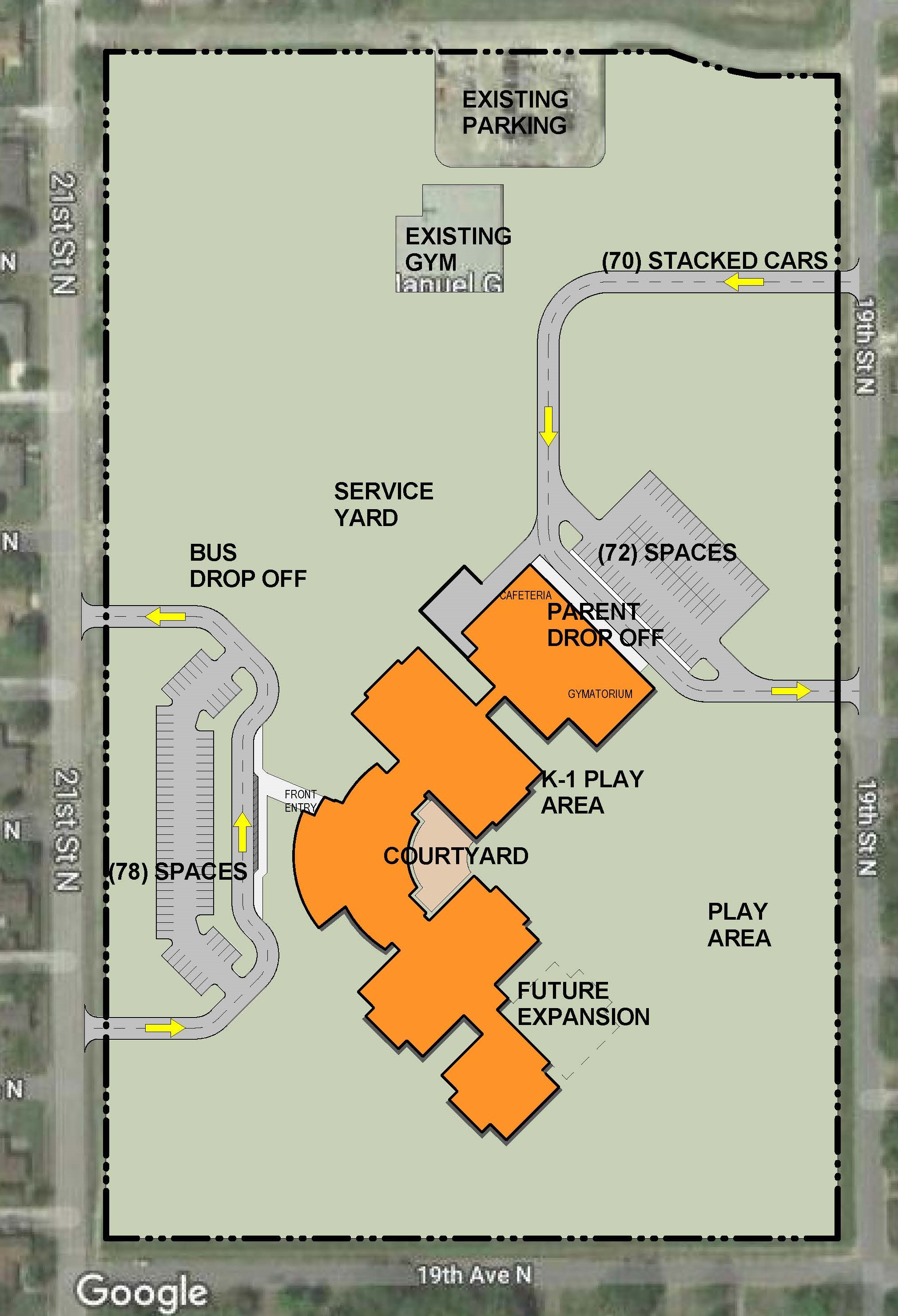 The new Guajardo will be built on the same property as the current school. It's for grades K-4 zoned to this school. 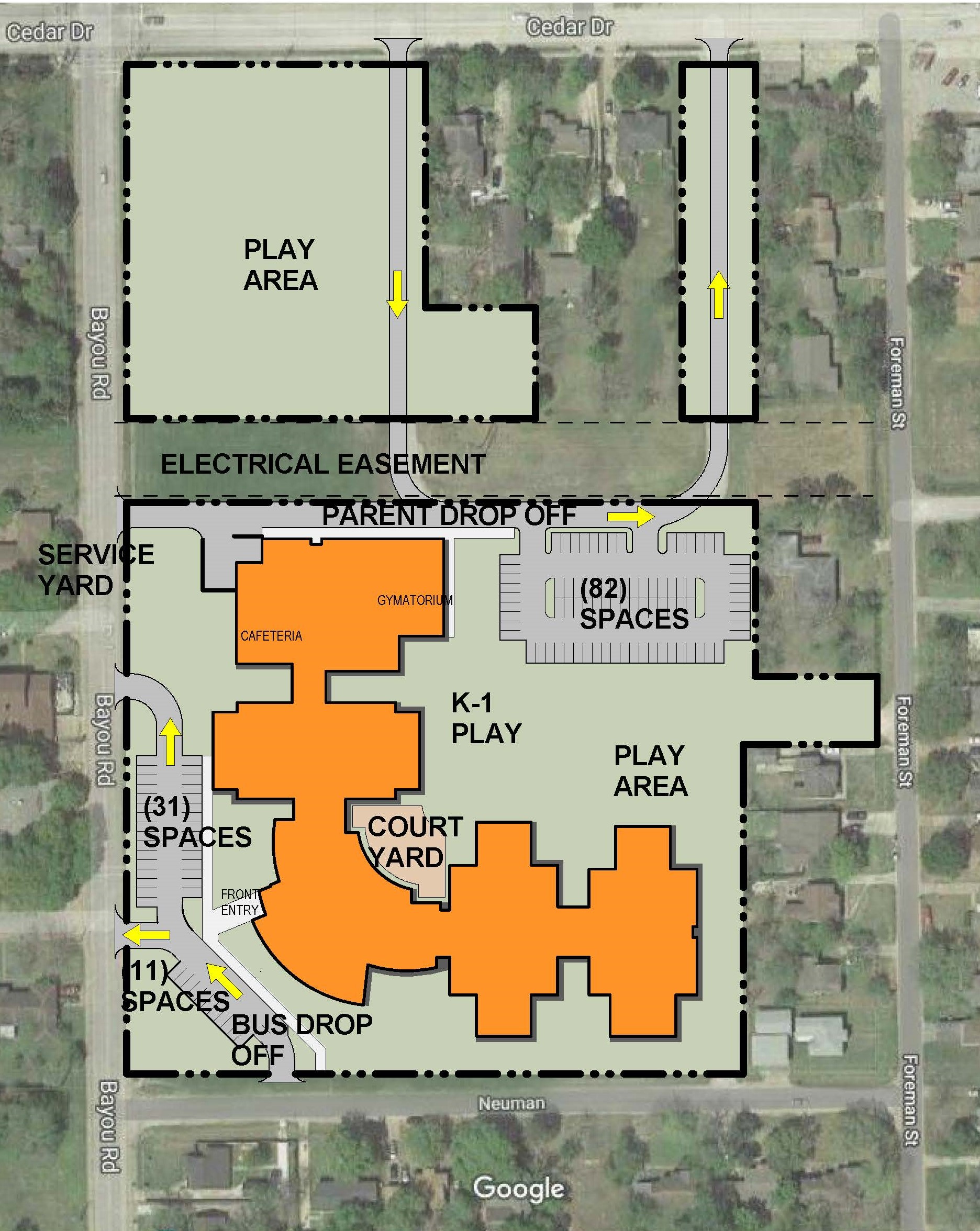 The Bayou Road site will be the location of one K-5 campus in La Marque. On April 9, 2019, the TCISD School Board voted to name the school Jimmy Hayley Elementary.

The address is 1431 Bayou Road in La Marque. 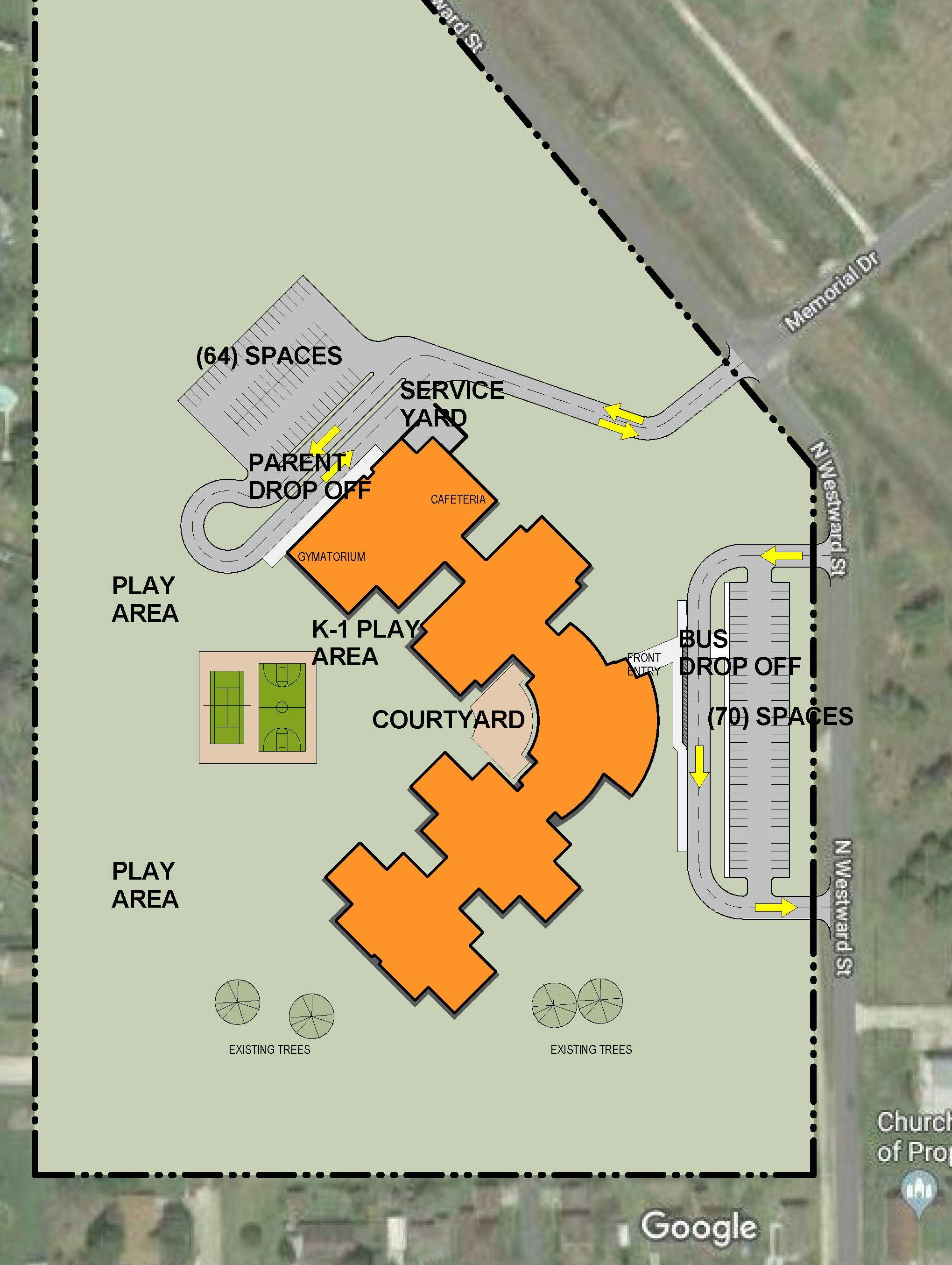 Simms Elementary will be for students in K-5 that currently attend La Marque Primary or La Marque Elementary.

The new Simms will be built on the site of the former Simms Elementary, 529 N. Westward in Texas City.

Jimmy Hayley Elementary will be where the former La Marque Middle School sat on Bayou Road near Cedar Drive. It will house students in grades kindergarten through fifth grade. Attendance zones are forthcoming. 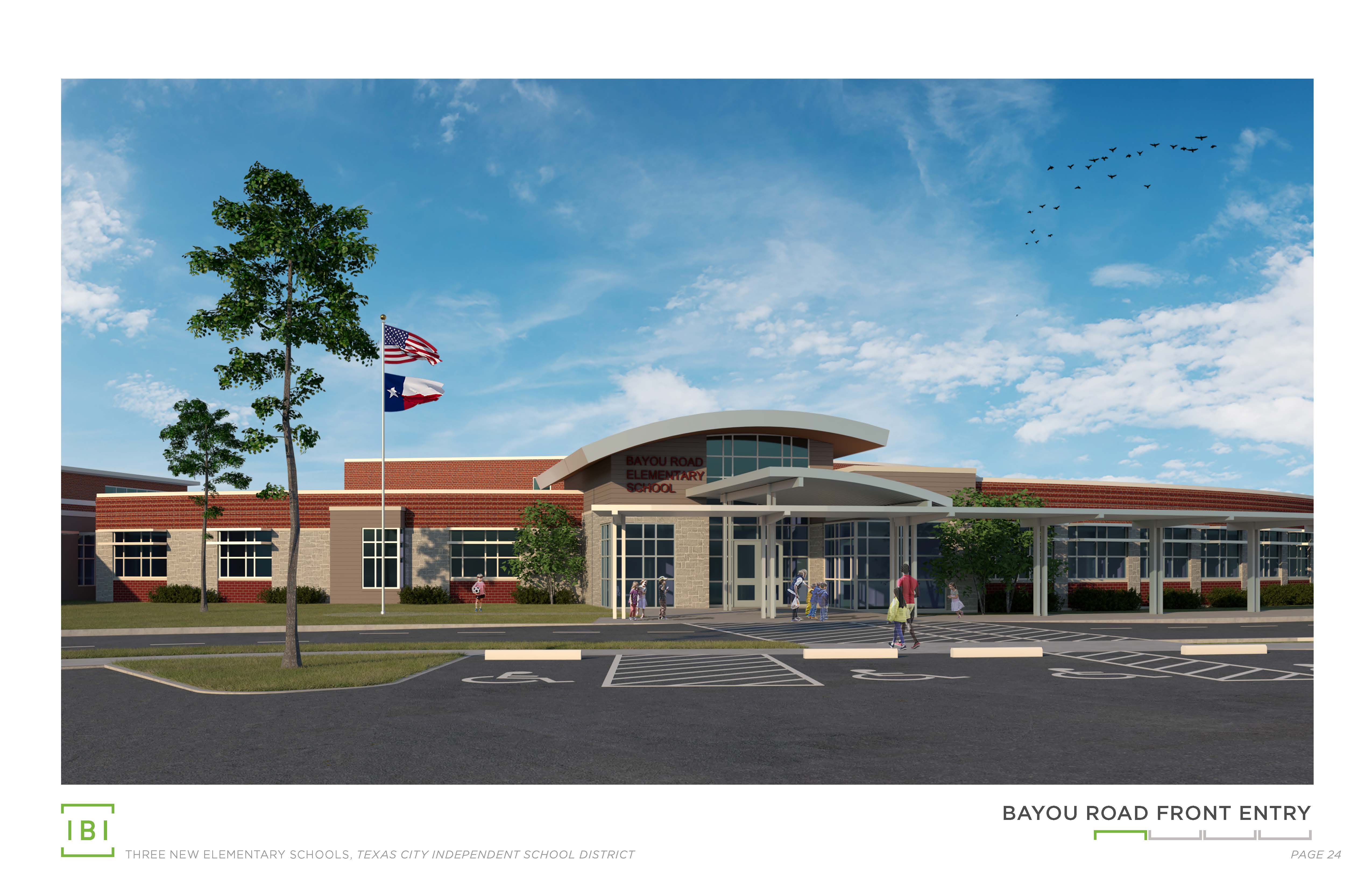 Guajardo Elementary will be on the same site as the current school. Students will continue to attend classes in the current school until the new Guajardo opens in August 2020. It will house students in grades kindergarten through fourth grade zoned to the school.

Simms Elementary will be where the former Simms Elementary sat on Westward in Texas City. It will house students in grades kindergarten through fifth grade. Attendance zones are forthcoming. 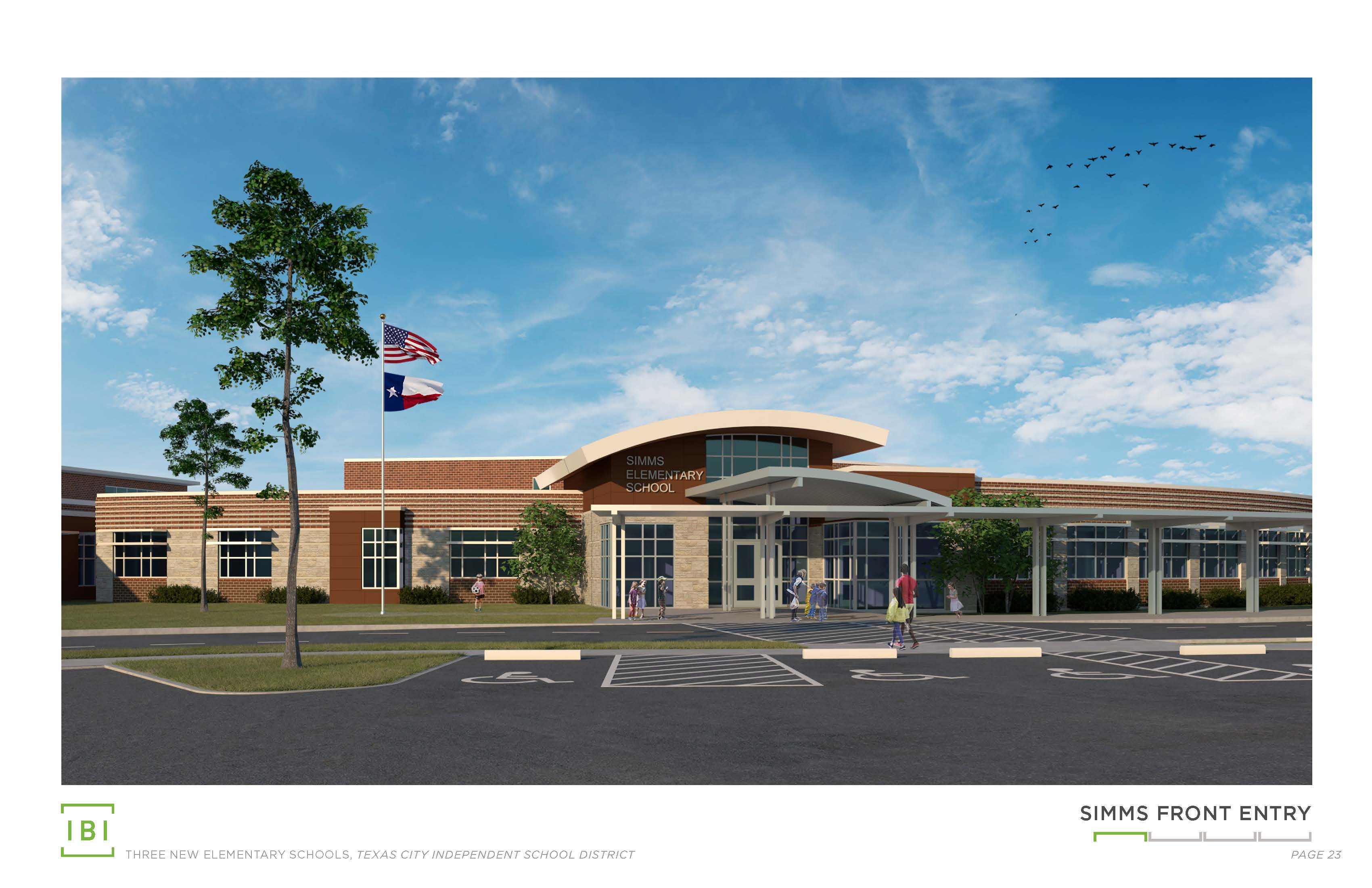 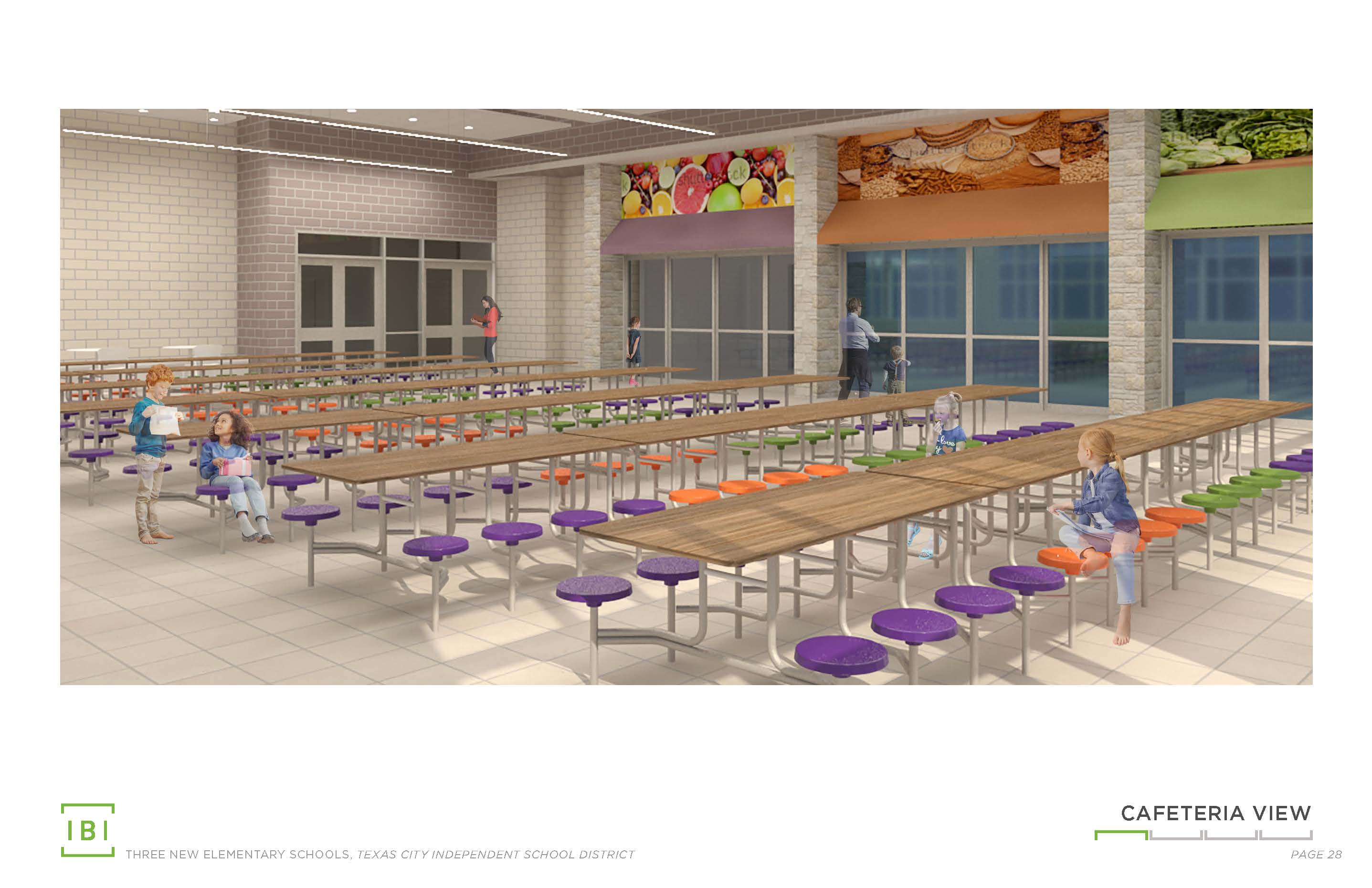 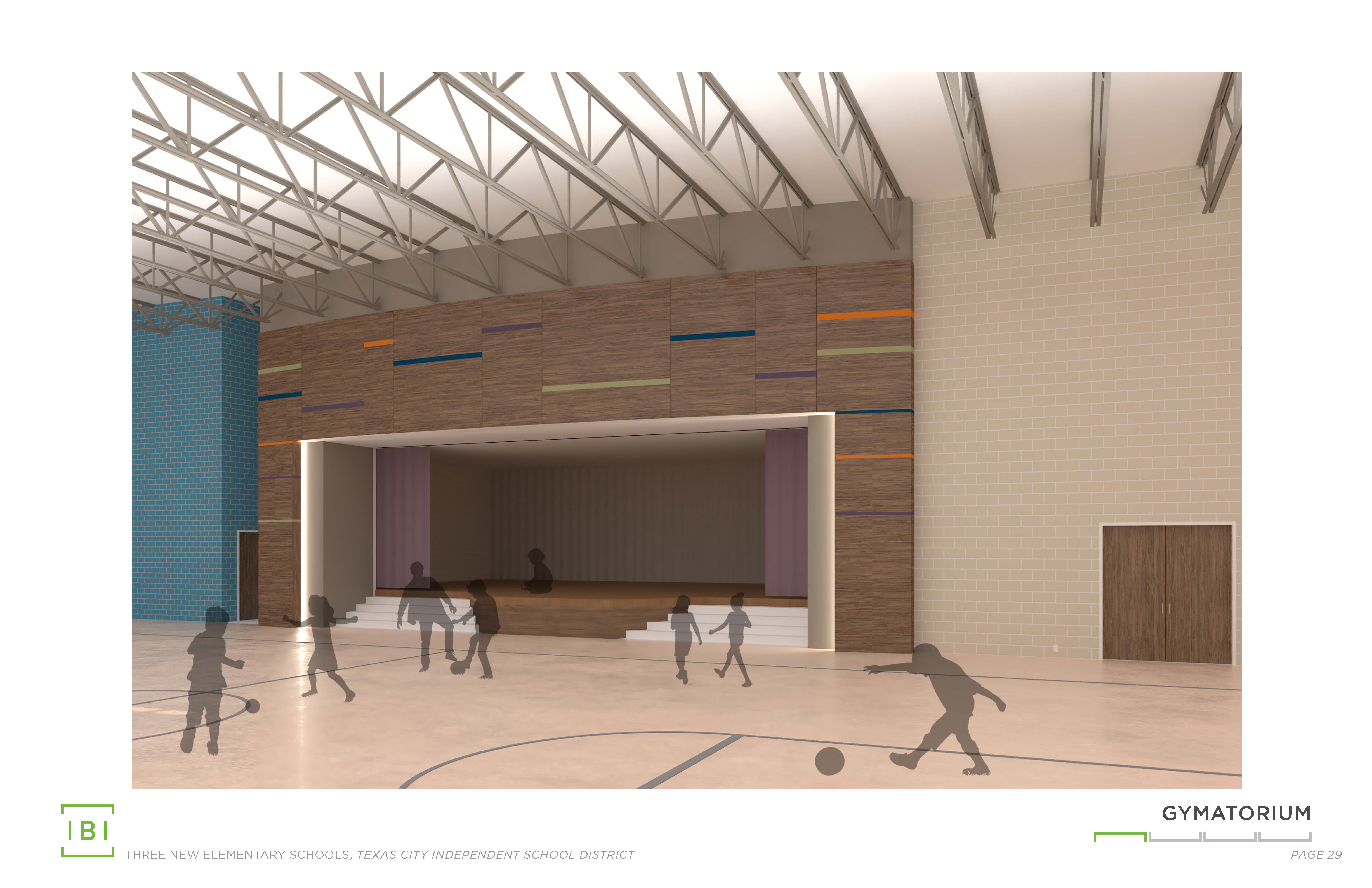 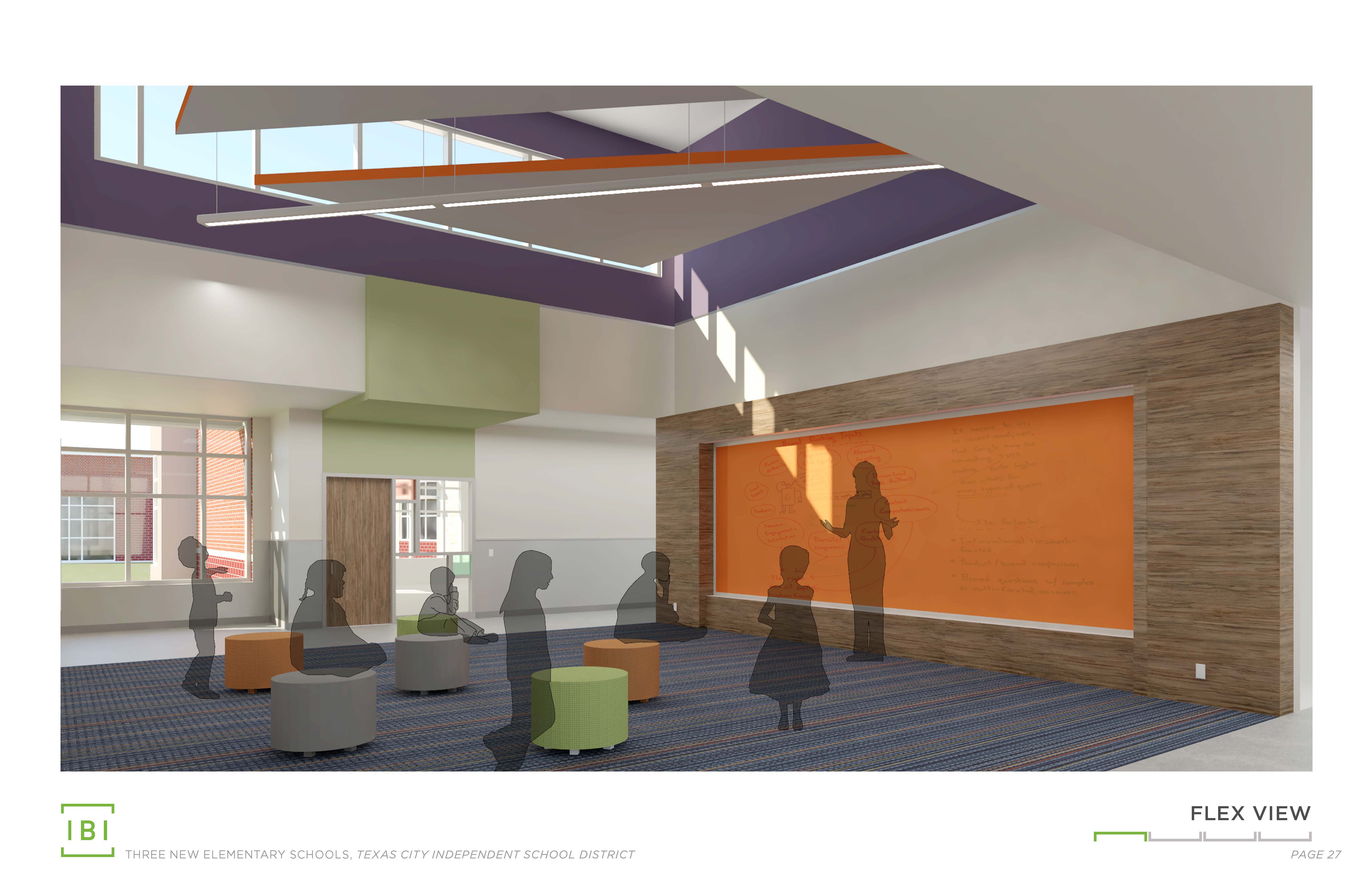 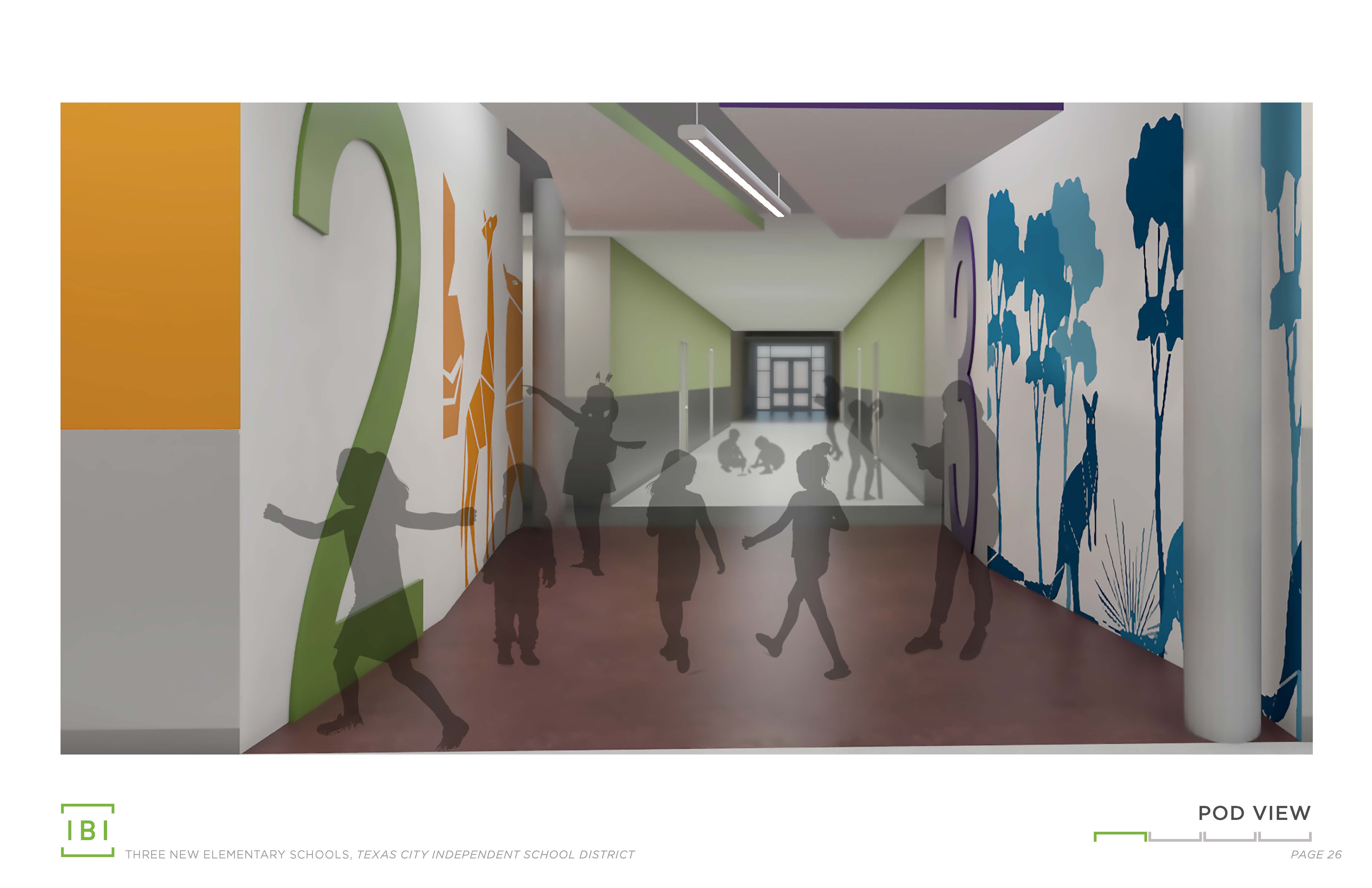 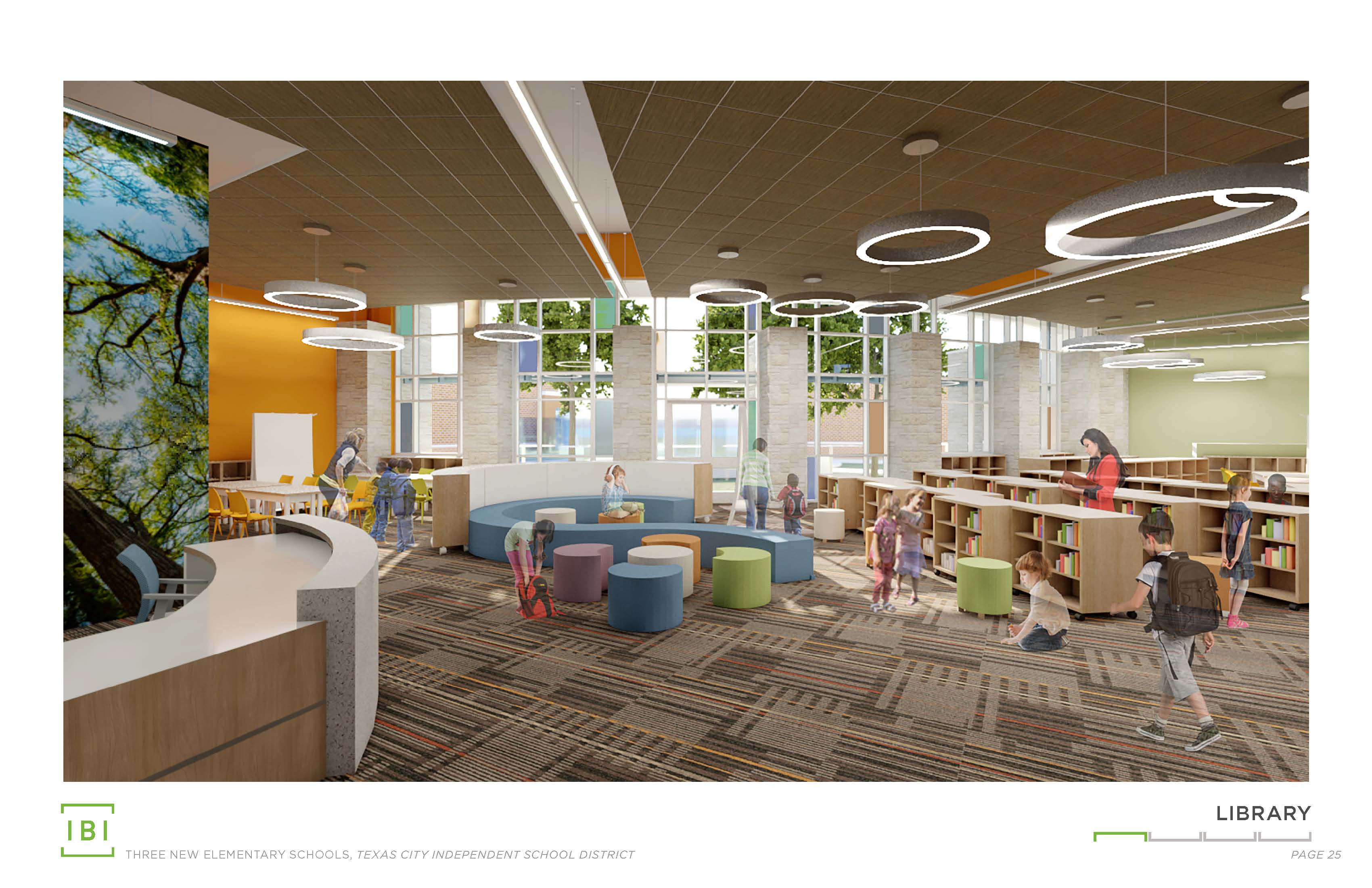 This is a front exterior of the main entrance of the new La Marque Middle School from the parking lot.

Wide view of exterior that could face Monticello

This is an interior view of a main corridor near the stairs to academic wings upstairs.

This is what the color scheme could look like down a main corridor of the new La Marque Middle School.